Since when it became 'OK' when an Arab terrorist attacks a Jewish man? 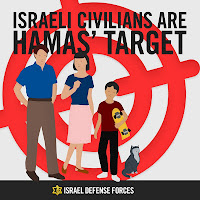 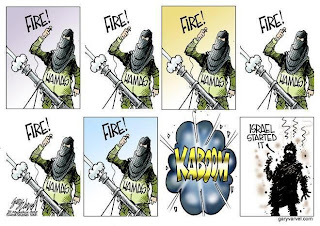 In the past, terrorist attacks against the Jews led to a reaction by the Israeli force and Israeli diplomates - there is no such thing as missiles are fired into Israel teritory and the terrorists have not got an attack as a response to the launching points of attack and strategic goals have been attacked and distroyed by the I.D.F. Even under the leadership of Prime Minister Ariel Sharon you can identify this policy - Ariel Sharon refused to negotiate with the Arabs when they attack Israel with rockets and suicide bombings against Israeli civilien targets. Security Fence was established and operated harshly . This was an act worthy.
Since the second Intifada things have changed. Suddenly it's okay to fire Katyusha rockets into northern and southern communities in the Israel teritiry. A Missile even came to Tel Aviv and blew over the sea few months ago - the blast heard in Lod , a sound that created voices of happiness and joy among the mosques and the Arab residents living in the area . Israel's response to this was minimal and inappropriate . 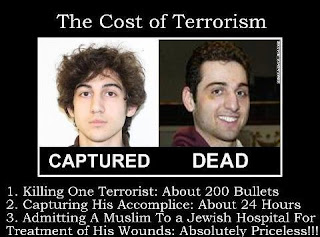 In contrast, when Muslims have implemented a terrorist attack against Americans, such as the events of September 11 and the terrorist attack in Boston Wow, the Americans did not think twice about their response against the terrorists. U.S. Army soldiers invaded Afghanistan and Iraq, until Osama bin Laden was captured dead, injured the power of Al Qaeda and Saddam Hussein's regime was toppled.
The western world, headed by the Americans, has double standard. When terrorist attacked in Boston, U.S. forces did not count bullets and fired over 200 bullets to kill one terrorist. Another terrorist, his partner to the slaughter, was caught in less than 24 hours. Security forces surrounded him and he barricaded himself. He was captured wounded but alive. So, he was admitted to the Jewish Hospital of Mount Sinai to receive treatment vulnerability. Today, he is awaiting execution after being convicted in court. 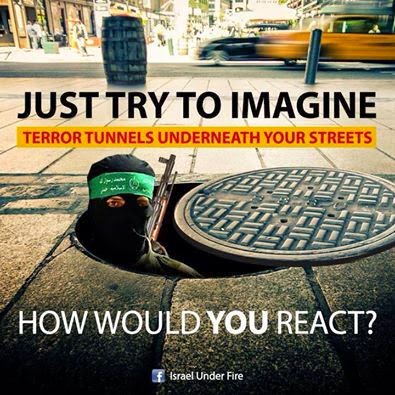 Since when an activity aimed to attack, kill and butcher innocent people became bearable ? Since when is it ok? Since when are innocent Israeli citizens lives are worthy price to pay and for what ? Where you will find another place in the world that allows citizens to live in a country defenseless and insecure ? Many years, Israeli citizens were massacred under Israeli rule - in Tel Aviv, and not only in Judea and Samaria. In Be'er Sheva and not just Gaza periphery and Gush Katif. Filled the world is silent. Why Israel shut up and do not show any  restraint ? The State is responsible for the security of its citizens. For this purpose we pay taxes. What would interest me right now is not peace, it's security. You cant have peace without secutity. There is no peace without security ! 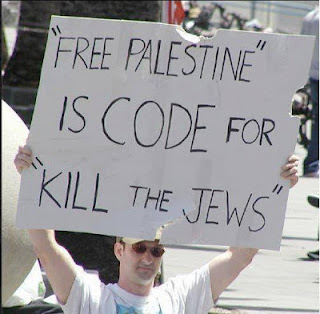 The following additional case occurred recently when a Jew man had been attacked by an Arab just because he was Jewish, while he waits to his appoitment for council in the orthopedic clinic. He was attacked violently and without provocation and without all interaction took place by an Arab who was present , all without any reason.

Everything was recorded by the security cameras . In the documentation tape of the case, we can see that the Jewish man waited in the waiting room and taunted to his smartphone. He did not even look up at the bench nearby to the Arab direction, just played in cell phone . Suddenly , he got severely shocked when the Arab hit the Jewish male head using his fist.

The Jewish man badly bruised in the head, suffers head concussion and severe trauma and had to be taken to hospital for treatment.

Attorney Itamar Ben Ari, the beaten man's lawyer, said in response , " easy to imagine what would have happened if it had been reversed images : President Peres would furiously condemne the act. Tzipi Livni would offer new laws and the chief rabbis would come to visit. But when the Jew has been attacked, life goes and the hypocrisy celebrates . " 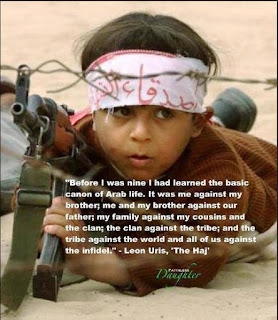 This improper mood prevalent today shows that as soon as the Jew would be released from the hospital , he would be questioned by the police about his doing in the clinic .
A judge will issue an arrest warrant for a special investigation ( that day is not enough .) After he sat week and a half of administrative detention by the court wearing black , confession out of him and beat him compensation evenings .
You can Relie on the law
פורסם על ידי keturne massala ב- 4:31