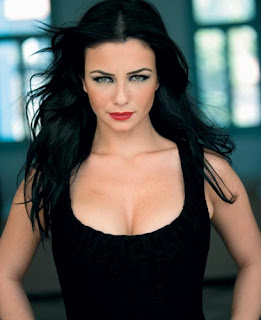 PLEASE donate to organized helping to a survivors of sexual assault for funding combined trauma detriment.
THE HUNTING GROUND, the documentary exposé on the campus rape epidemic at colleges across America, is shared with the trailer, clips, and deeper explanation by filmmakers Kirby Dick and Amy Ziering. Yale ‘rape culture,’ fraternity assaults, and the resilience of campus sexual assault survivors is all explored in the film, as well as the conspiracy to silence accusers from colleges. The makers of THE INVISIBLE WAR continue to shed light on sexual assault in the institutions of America, in this uncensored look at their new work on BYOD, hosted by Ondi Timoner.
FILM AND GUEST INFO:
THE HUNTING GROUND delivers a devastating indictment of campus “rape culture,” taking audiences straight to the heart of a shocking epidemic of violence and institutional cover-ups sweeping college campuses across America. Using vérité footage, expert insights, first-person testimonies and a bombshell interview sure to make headlines, the team behind the Oscar®-nominated THE INVISIBLE WAR presents a scorching exposé of the startling prevalence of sexual assault at bastions of higher learning and of the powerful interests that re-victimize vulnerable students while shielding perpetrators. In raw and emotional interviews, rape survivors and their families testify to a real-life horror story that has become all too common.
The filmmakers uncover an alarming effort on the part of universities and colleges to downplay and deny sexual assaults on their campuses to keep crime statistics low and public approval high. They also follow two courageous survivors, Andrea Pino and Annie Clark, who are striking back with an innovative legal strategy that uses Title IX legislation to make the powers that be take notice, ignite a national debate over campus assaults and create a network of support for young women who refuse to remain silent.
Kirby Dick is an Academy Award®-nominated and two-time Emmy Award®-winning documentary film director. His most recent feature, THE INVISIBLE WAR, a groundbreaking investigation into the epidemic of rape within the U.S. military, won 2014 Emmy Awards for Best Documentary and Outstanding Investigative Journalism, Long Form; a 2013 Peabody Award; and the 2012 Sundance Film Festival Audience Award. It was also nominated for an Academy Award® for Best Documentary Feature.
Dick’s prior films include, OUTRAGE, THIS FILM IS NOT YET RATED, TWIST OF FAITH, DERRIDA, and the internationally acclaimed SICK: THE LIFE & DEATH OF BOB FLANAGAN, SUPERMASOCHIST, which won the Special Jury Prize at the Sundance Film Festival and the Grand Prize at the Los Angeles Film Festival.
Amy Ziering is an Academy Award-nominated and two-time Emmy Award-winning documentary filmmaker. Her most recent film, THE INVISIBLE WAR, a groundbreaking investigation into the epidemic of rape in the U.S. military, won the Audience Award at the 2012 Sundance Film Festival, the 2012 Independent Spirit Award for Best Documentary, the 2014 Emmy Awards for Best Documentary and Outstanding Investigative Journalism, Long Form, and was nominated for an Oscar.
Her previous films, OUTRAGE, DERRIDA, and TAYLOR’S CAMPAIGN, about Ron Taylor, a homeless man who ran for a seat on the Santa Monica City Council.


"Til It Happens To You”  performed by Lady Gaga, from the film THE HUNTING GROUND